Not quite two years into service from his solar energy system, urban farmer Curtis Stone took to video to share his value analysis. He has lived with the system two winters now. Winter means light work around the farm and also light work by the solar panels, leaving one time to reflect on current projects and ponder new ones.

"We had our first official dump of snow today," he says. "It's been a really warm winter but we got a really good snowfall." Stone took the opportunity to climb onto the rooftop and record the video surrounded by snow-covered panels.

He tells us, "I've had the solar system for just about two years. It's been exactly 22 months, and so I've had at least one full year of using it and another, more or less." The system was activated in March 2017, and he recorded his video January 2019.

"You can see that my solar panels are all covered in snow, so they're not really generating much power," Stone says while standing before a beautiful winter backdrop of British Columbian scenery. Enjoying the scenery has been easier since he learned he doesn't have to bother clearing the panels of snow.

"People ask me, 'Hey, Curtis, do you ever go up on your roof and knock the snow off your solar panels?'" He used to do that, but not anymore. That first winter, he routinely cleared the panels of snow. "I did it all the time, but the thing is it's totally not worth the effort," he tells us. "Where I live, in the winter, you don't really get that much power because our sun is so low in the sky."

The solar panels and the farm in general are much busier spring through fall, as you would expect. Stone is elated by the 80 kilowatts his system produces every summer day, "way more energy than we need."

How much you save with home solar is directly proportionate to how high the energy rates are where you live. And energy rates increase steadily, to the tune of 4% per year.

The Biggest Reason He Went Solar

Nobody is more keenly aware of seasons and sunlight than farmers. Stone installed the system knowing that his winters were generally cloudy and the sun would travel just above the horizon. So why did he go solar, and does he recommend it?

"There's a variety of factors to consider, so I'll just tell you my context. When I set this system up, I was using my house and pretty much 100 percent of my property here for my farm, so that gave me some really cool incentives to do it."

Working from home is nothing new to farmers, and the tax write-offs are well known and substantial.

Stone says, "It was pretty much a clean write-off for my business. This system is worth about $30,000 Canadian, and so to set that up with my business running here made pretty good economic sense because it was a write-off. That was actually my biggest incentive."

Most adopters of home solar energy systems are motivated by money. In one survey, 96% of respondents said that saving money was their primary reason. Helping the environment came in a close second, and this is true for Stone as well.

"I'm a big fan of green energy and stuff like that. I have been for a long time, and it has always been a dream of mine to have solar on my house."

How Much Does He Save on Energy?

The first year, the solar energy system generated 11,000 kilowatts for the farm. Stone has been tracking the results on a spreadsheet since day one. With a couple of months still to go in the second year, the system has generated 12,000 kW.

The province where he lives prides itself on its clean energy initiatives. British Columbia generates most of its power hydroelectrically. Stone's energy rates are relatively low. The financial upside he sought and achieved was in being able to write off the whole system, not necessarily in beating the utility's rate every month.

“I got the write-off—that was great. So in my context this system is worth it.”

He shares a chart of his results with us viewers, but circles back to the less tangible benefits the system has given him. "Part of it was knowing that if the sun is shining, I have power no matter what's going on at the grid. I like that. I'm actually looking at getting some battery systems set up here [so that] if there was a power outage, I would have power on my house."

Stone calculated that he saved about $1,200 the first year and is on track to save $1,300 the second. Considering his out-of-pocket costs after the write-off, he says he is looking at 10 years before the system has paid for itself and he starts enjoying the solar energy free and clear.

"It isn't always about the money, you know. You got to think about all these other factors. I like energy independence. I had a really good write-off, and the fact that I can generate my own energy has value to me."

To increase the sunlight he can capture and to compensate for how low the sun travels in winter, Stone is considering adding panels to the roof of his greenhouse, where they would face the sun. We can see the wheels turning in his mind. Farmers are known for their restless engineering and tinkering. "I can do one of the racks that change angles so they go higher when the sun's lower and lower when the sun's higher." 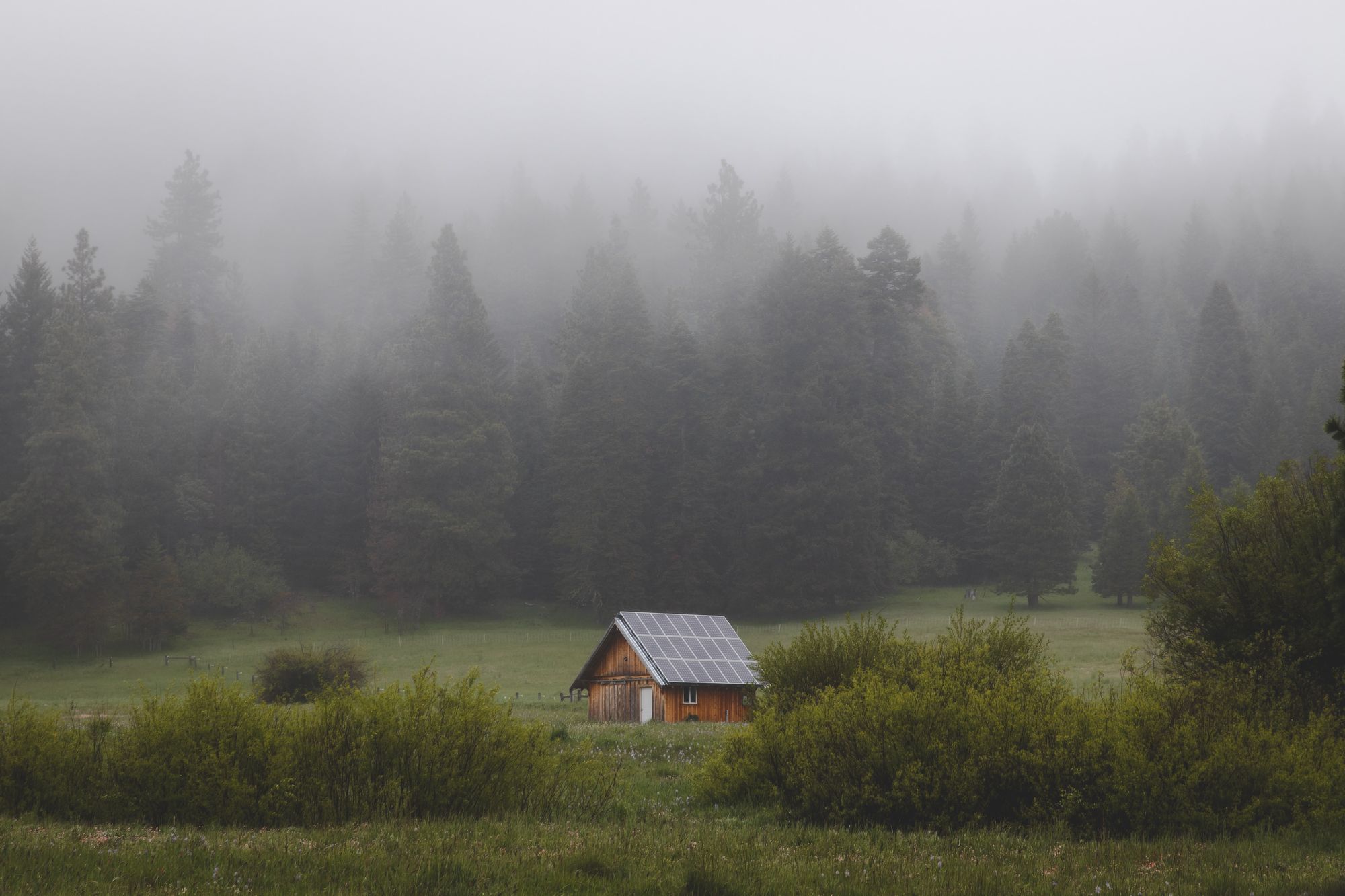 Safe, natural, and economical cleaning tips for the heart of your home. 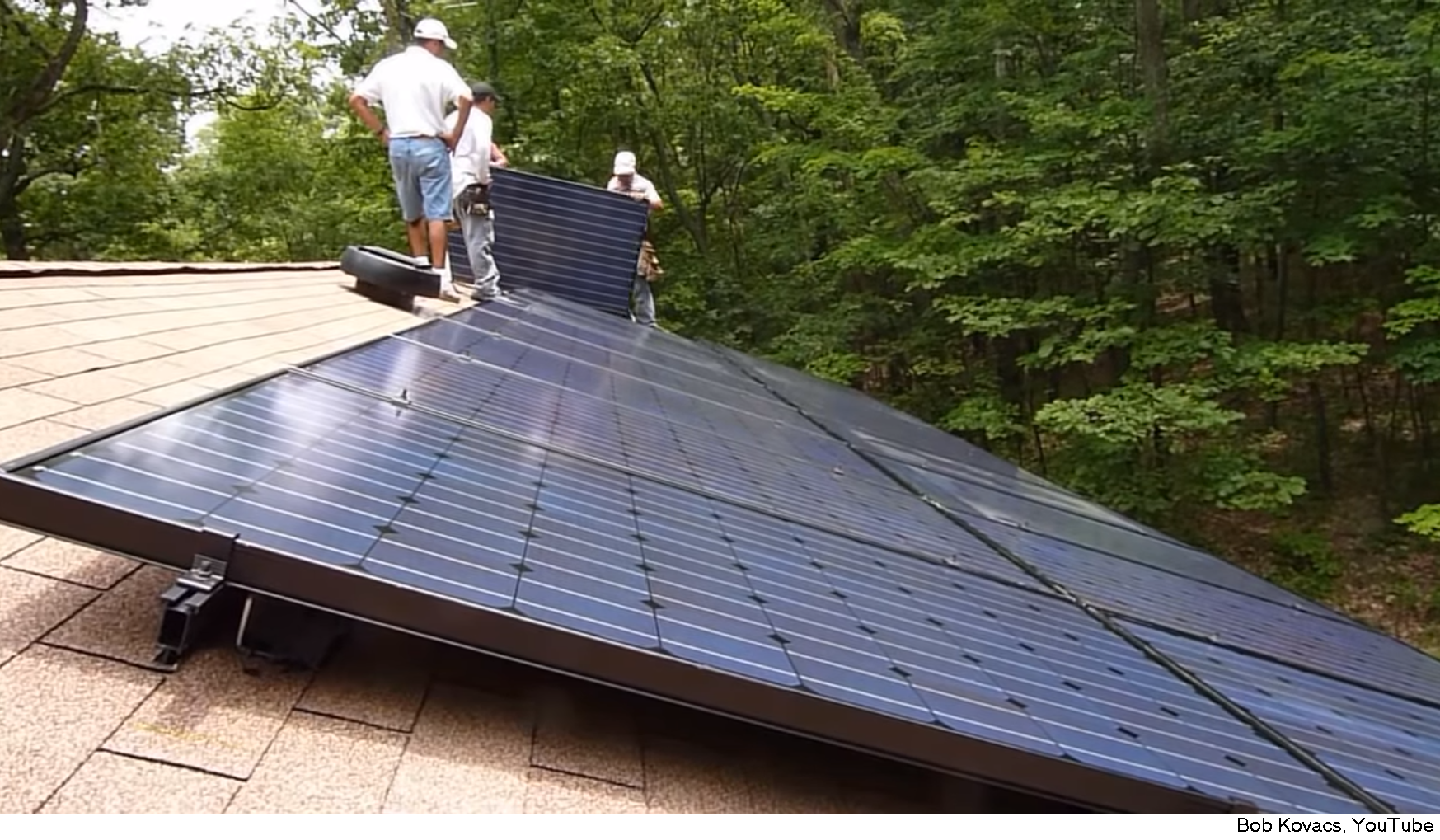 Follow the straightforward installation of an 18-panel rooftop solar energy system that paid for itself in five years.