Some people think because of the weather where they live, solar is for someone else. But solar power is popular in subtropical Hawaii, frigid Alaska, and semiarid Southern California. What do the climates in those places have in common? Nothing.

A home solar energy system is a big investment. Even with $0-down programs to eliminate upfront costs, people are naturally cautious about upgrading their home with solar. Some people are onboard with an upgrade to clean, renewable power but push the idea out of their mind because they think where they live isn't a good fit for solar energy.

The truth is solar works almost everywhere. You could say it works everywhere under the sun. Let's debunk some of the reasons why people think solar won't work where they live.

"Our Sky Is Overcast"

Blogging about their 1-year-old solar energy system in San Francisco, homeowners Christine and Bob said, "After one year of solar generation and data collection, the good news, particularly interesting to you San Franciscans worried about the effects of fog, is that solar does indeed work year-round, even in our peculiar climate."

"It Gets Too Cold Here"

In July 2019 the mayor of Anchorage, Alaska, unveiled the state's largest rooftop solar project. Mayor Ethan Berkowitz said, "This is a sign that we can develop new industry in Anchorage and across Alaska [and] we can do it in ways that are fiscally responsible and in ways that help satisfy our responsibility in terms of addressing climate change." The 216 solar panels will help power the Egan Convention Center downtown.

Solar actually works better in cool climates than hot ones, although that hasn't stopped solar's meteoric rise in the sweltering Southeast and the roasting Southwest.

Panels can even generate power beneath a layer of snow thanks to a phenomenon called forward scatter: When light enters the snow, it keeps moving forward through the ice crystals.

Solar panels are winter-ready out of the box. Other than clearing them after heavy snowfall, you don't need to do anything extra to your solar panels in winter.

During manufacture, panels are subjected to various stress tests in order to receive the Underwriter's Laboratories (UL) certification. Solar panels stand up to bad weather extremely well. The Energy Department's National Renewable Energy Laboratory analyzed 50,000 solar panel systems over six years and found that only 0.1% reported trouble from damaged or underperforming modules. This speaks to the high quality of solar panels.

The laboratory wrote: "Despite hurricanes, hail, shading, vandalism, and hook-up delays, approximately 85% of all systems each year produced 90% or more of the electricity predicted, and the typical system produces more electricity than predicted. Year to year comparisons suggest that the degradation rate—the gradual loss of energy production—is in the historical range of 0.5%-1% per year."

"Research has shown that solar can still successfully generate electricity in snowy areas and other harsh environments," wrote Charlie Gay in his story "Let It Snow: How Solar Panels Can Thrive in Winter Weather." He explained, "Light snow has little impact on solar panels because it easily slides off. Heavy snow can limit the amount of energy produced by solar panels, but light is still able to move through the snow and forward scattering brings more light to the solar cells than one might expect." The article was featured on Energy.gov.

Southern exposure is what you want for your pool, your garden, and your solar panels, right? Since panel efficiency is tied to hours of direct sunlight, southern exposure makes a lot of sense. People want to maximize the number of kilowatt-hours their panels produce, so they face them south.

But while southern-facing panels capture sunlight for a longer period each day, they do so during the hours when rates are cheapest. Electricity is more valuable later in the day. For that reason, Matthew L. Wald in the New York Times made a case that more solar panels should face west instead of south.

"In late afternoon, homeowners are more likely to watch TV, turn on the lights, or run the dishwasher. Electricity prices are higher at that period of peak demand," wrote Wald. Panels facing west would capture the energy of late-afternoon sunlight to power the home.

Nonetheless, the vast majority of residential solar is mounted to face south, if we take the results of one state's survey as typical. Only 9% of homes face the panels west.

Southern exposure is the obvious choice to maximize power generation. Many energy credit programs pay a flat rate to homeowners based on the number of kilowatt-hours they produce, so they mount the panels southward to maximize production. But if your home has a better west-facing rooftop location, it's good to know there are advantages to facing west. You would be postponing the hour of the day when your home transitions from solar power to the peak-rate power of the utility.

"Trees Cast Shade on Our Roof Some of the Day"

In a typical solar energy setup that uses a string invertor, shade does decrease production because all panels act as one. If one is shaded, they all act shaded. They are strung together into one inverter, which flips the electricity from native DC power to the AC power our homes rely on.

So how do you compensate for shade on the roof at certain times of day, like from a graceful palm tree or a towering Italian Cyprus? The answer is microinverters, one for each panel. When one panel suffers reduced output in shade, the rest operate as normal.

The solar energy systems that slash people's energy bills in blisteringly hot Texas do the same for homeowners in snowy Colorado. In arid Arizona as well as rainy Florida, power bills are a lot less for owners of solar panels. That is testament to the advanced technology in photovoltaic panels, a culmination of more than 75 years of evolution. So if you've heard a reason why clean renewable energy wouldn't work where you live, chances are it is baseless. 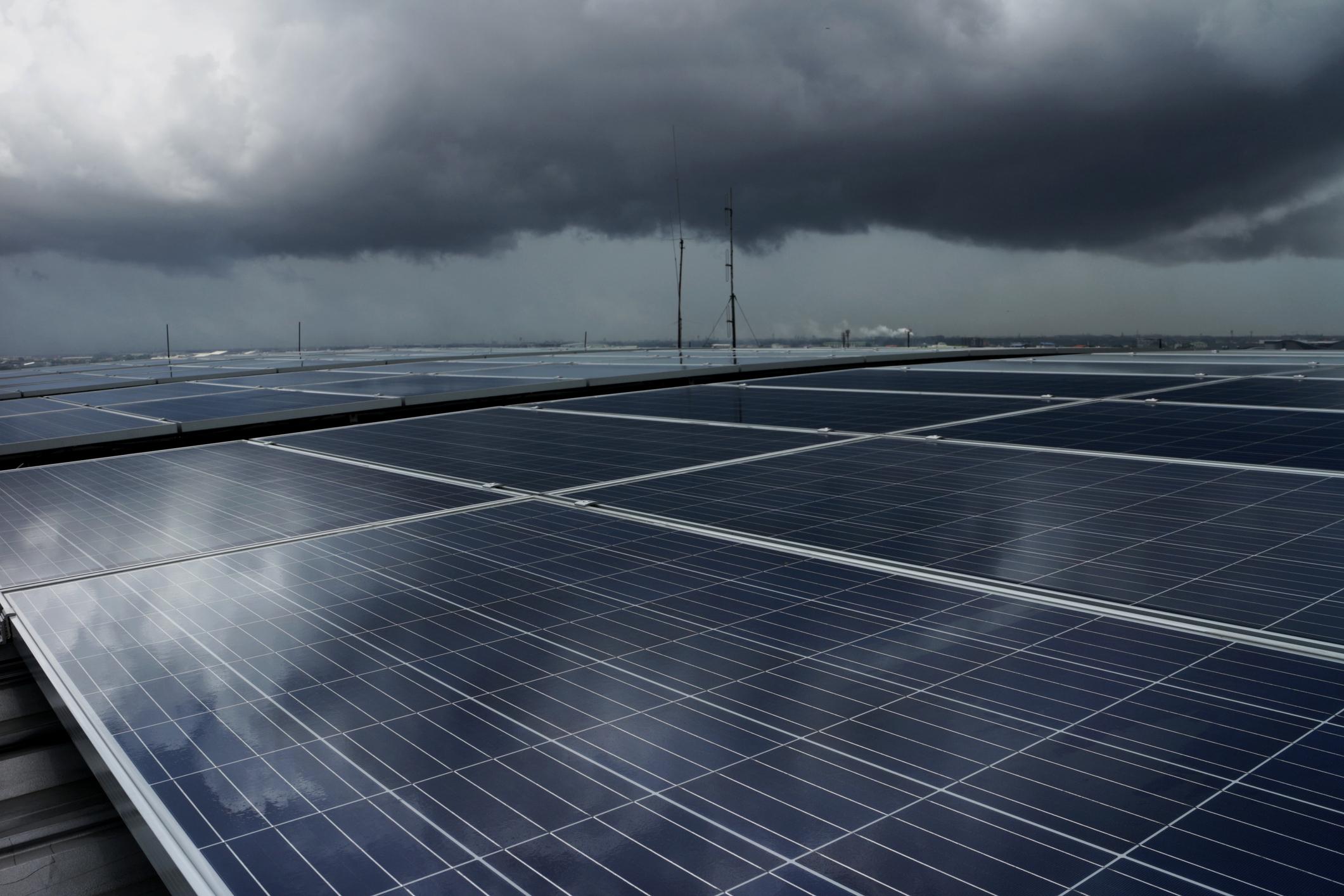 How do renewable energy systems fare when confronted by Mother Nature? 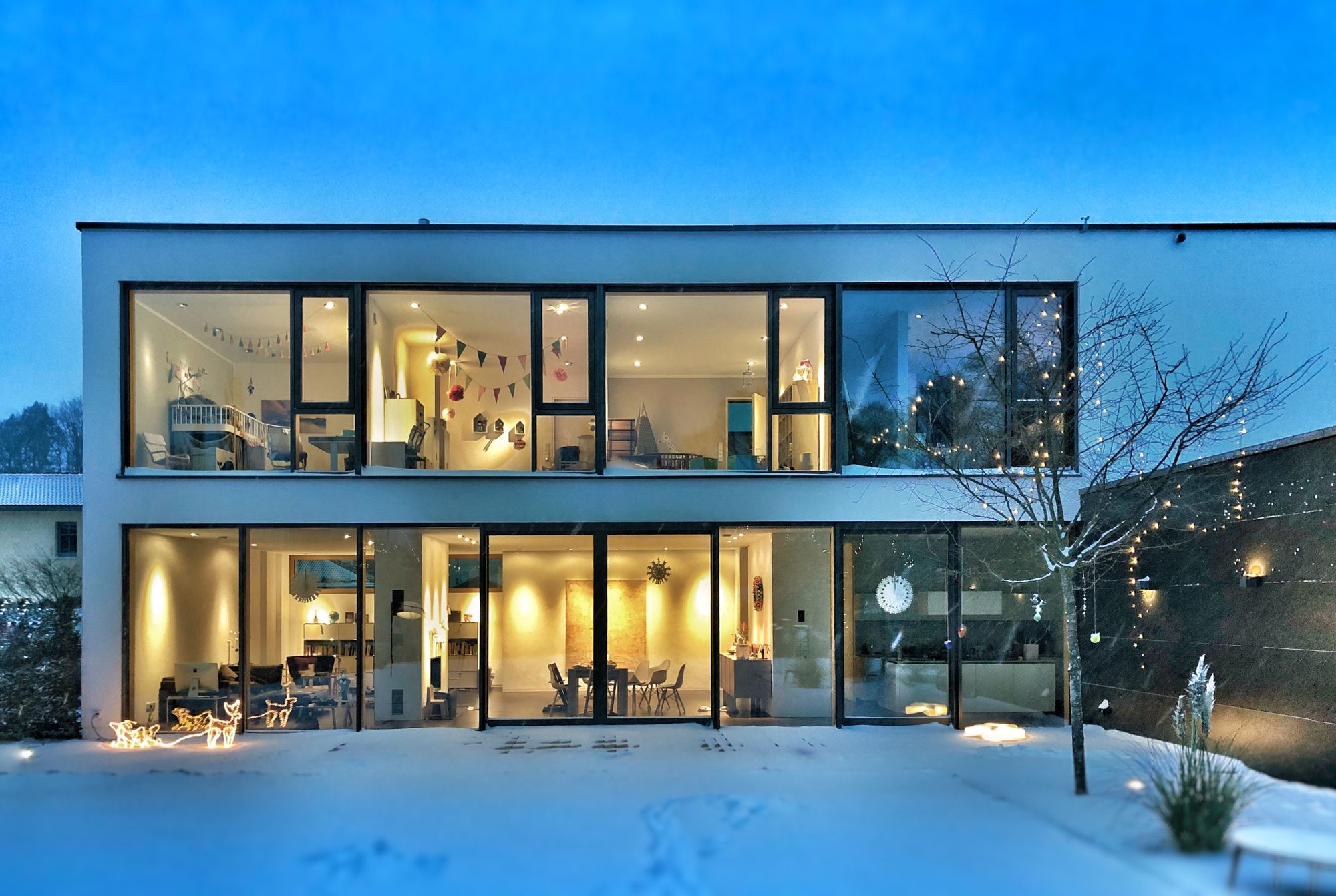 Preparing your solar power system for the cold season mainly involves battery maintenance because the panels are already winter-tough. 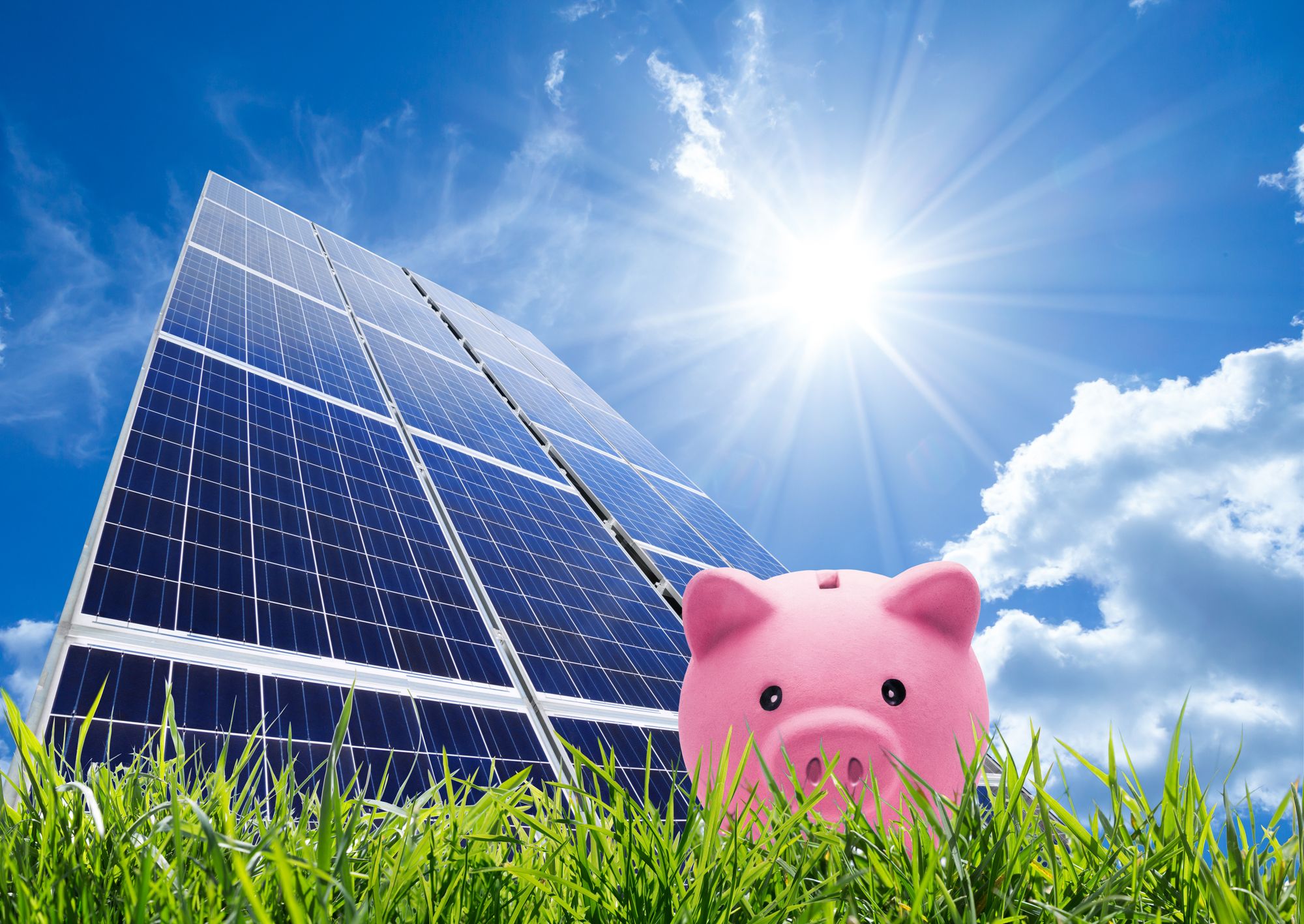 We break it all down for you here. 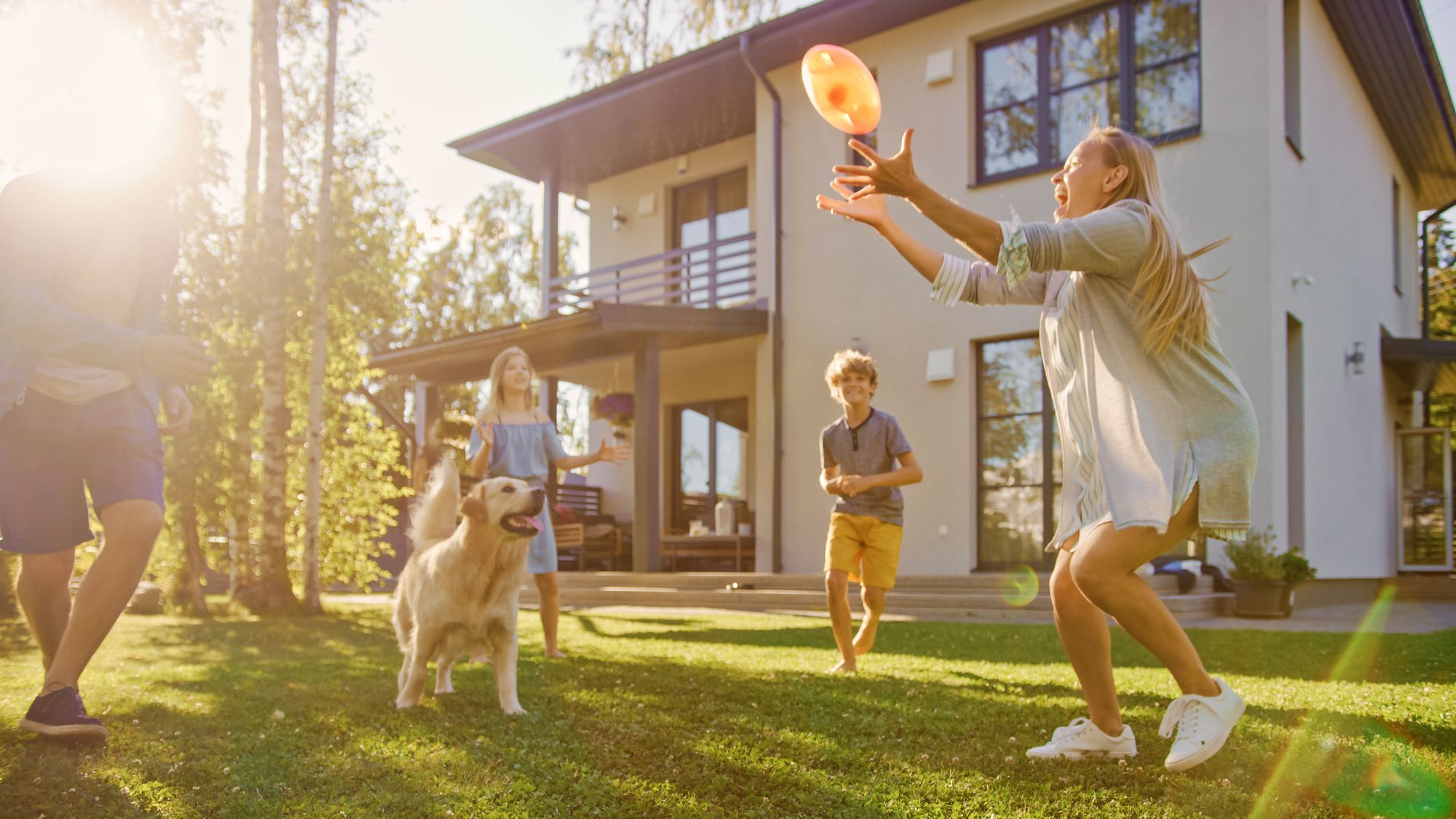 Marvel at all the ways solar keeps getting more affordable compared to the only real alternative people have, the grid.